ADAMSON & CLEVELAND, LLC IS GIVING AWAY POCKET-SIZED COPIES OF THE CONSTITUTION 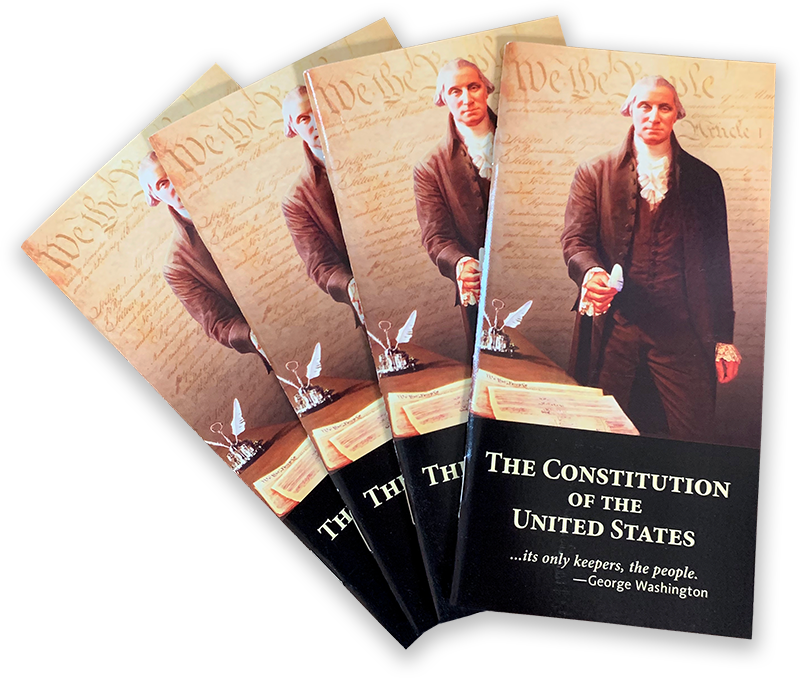 GET YOUR COPY OF THE U.S.
CONSTITUTION TODAY!

The Constitution of the United States is the most important legal document in our country. It establishes our nation & fundamental laws, provides the framework for our federal government and guarantees the basic rights of all of our citizens. In many ways, the U.S. Constitution serves as the foundation for the way of life that we enjoy every day.

At Adamson & Cleveland, LLC, we believe it is vitally important for everyone to read the U.S. Constitution at some point in their lives. Below, we provide a brief summary of the Constitution as well as its first 10 amendments, or Bill of Rights. We are also giving away pocket-sized copies of the U.S. Constitution. The copies include the text of not only the Constitution but the Declaration of Independence as well. They also feature beautiful artwork and several quotations that help to explain and highlight the meaning and importance of the Constitution. We also include a Pledge that you can sign, vowing to "maintain and promote its standard of liberty for myself and for my posterity."

We encourage you to contact us and order your copy today.

After all, the Constitution already belongs to you – as well as to all of your fellow citizens of the United States. As the Preamble states:

"We the People of the United States, in Order to form a more perfect Union, establish Justice,

insure domestic Tranquility, provide for the common defence, promote the general Welfare, and secure the Blessings of Liberty to ourselves and our Posterity, do ordain and establish this Constitution for the United States of America."

WHEN WAS THE U.S. CONSTITUTION CREATED? 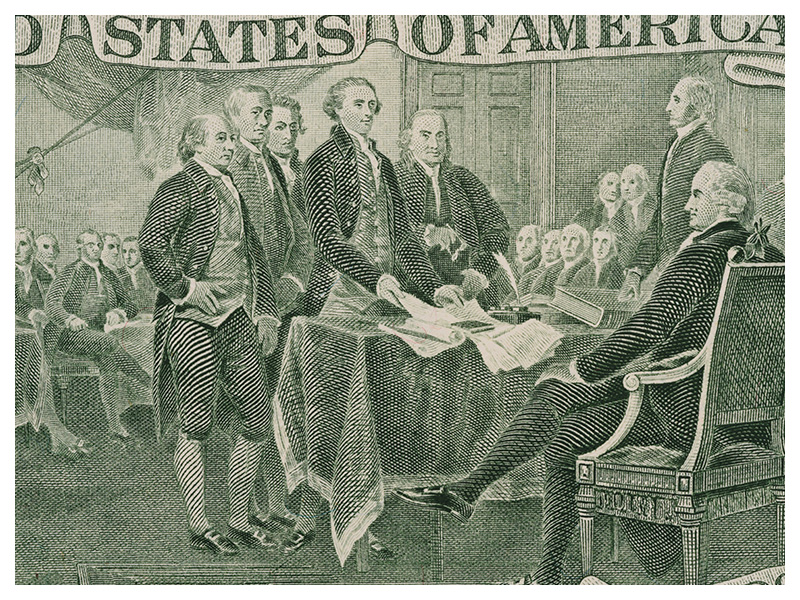 After America won its independence from Great Britain in 1783, it became clear that our young republic needed a stronger central government than what had been established by our first constitution, the Articles of Confederation. So, in 1787, a group of 55 delegates convened in Philadelphia in the same building where the Declaration of Independence had been signed 11 years earlier, and they debated and drafted what would become the U.S. Constitution.

Today, we refer to these delegates as the"framers" of the Constitution. They included famous figures such as George Washington, Alexander Hamilton, Benjamin Franklin and James Madison. They also included two delegates from Georgia – Abraham Baldwin and William Few. On September 17, 1787, 39 of the delegates signed the Constitution, and on May 29, 1790, Rhode Island became the last of our country & original 13 states to ratify the document, officially making it "the law of the land."

WHAT ARE THE ARTICLES OF THE U.S. CONSTITUTION?

The Preamble sets out the scope and fundamental purpose of the U.S. Constitution. Its opening

phrase, "We the People of the United States," is a powerful statement. It makes clear that our

country is a democracy – one created by the people and for the people – and not a monarchy.

The Constitution provides the basic foundations for this democracy in seven Articles:

Article I – Describes the legislative branch, which consists of the Senate and House of Representatives.

Article V – Explains the process for amending the Constitution, including the requirement that any proposed amendment be ratified by at least three-fourths of the states (today, that number would be 38).

Article II – Describes the executive branch, including the President and Vice-President.

Article VI – Establishes that the U.S. Constitution and all federal laws and treaties are the supreme law of the land. This is also called the Supremacy Clause. In other words, if state and federal laws address the same issue but conflict, the federal law controls.

Article III – Describes the judicial branch, or federal courts, including the U.S. Supreme Court, which is the highest court in our country.

Article IV – Outlines the relations between the states and the federal government. It includes the Full Faith and Credit Clause, which requires states to respect the laws, acts and court proceedings of other states, and the Privileges and Immunities Clause, which bars states from discriminating against citizens of other states.

Article VII – In this final Article, the framers described the process for adopting and establishing the new government which the Constitution sets out.

WHAT IS THE BILL OF RIGHTS?

Shortly after the ratification of the U.S. Constitution, our country's leaders proposed a set of 10

government. These amendments are called the Bill of Rights. They include:

First Amendment – The right to several individual freedoms, including freedom of religion, speech, assembly, the press and the right to petition.

Second Amendment – The right to keep and bear arms.

Third Amendment – Prohibits the federal government from forcing citizens to give lodging to soldiers during peacetime.

Seventh Amendment – This amendment gives the right to a jury trial in federal civil court cases.

Eighth Amendment – Protects people from being subjected to cruel and unusual punishment and from facing excessive bail or fines.

Fourth Amendment – The right to be free from unreasonable search and seizure of person or property.

Fifth Amendment – Sets out several rights within our federal legal system, including the right to be free from self-incrimination and the right to be free from double jeopardy, or being punished twice for the same criminal act. The amendment also requires the federal government to provide "just compensation" if it takes private property for public use, which is commonly called the Eminent Domain Clause.

Ninth Amendment – States that the enumeration of certain rights in the Constitution does not mean that citizens of the U.S. do not hold other fundamental rights.

Tenth Amendment – Limits the federal government's powers to those which the Constitution specifically grants, including the power to collect taxes, declare war and regulate interstate commerce.

Since the ratification of the Bill of Rights in 1791, our country has ratified 17 other amendments

the Constitution guarantees. These amendments have accomplished things such as:

Guaranteeing citizenship to those born in the U.S. (14th Amendment)

Both prohibiting the sale and consumption of alcohol in the U.S. and repealing that prohibition (18th and 21st Amendments).

WANT TO LEARN MORE? GET YOUR COPY OF THE U.S. CONSTITUTION TODAY!

The best way to learn about what the U.S. Constitution contains and understand how it applies to your daily life is to read it for yourself. Contact Adamson & Cleveland, LLC, and order your free copy today!

GET YOUR FREE COPY NOW!